Nexus is a map in Titanfall.

Nexus is a backwater agricultural outpost located on the planet Harmony. The settlement is surrounded by open fields and temperate forests, and its skyline is dominated by a series of greenhouse towers. The settlement itself is a densely packed cluster of buildings defended by two heavy turrets and a small airbase.

Nexus can be divided into two main areas: the settlement proper and the fields encircling it. The settlement is a haven for close-quarters combat and those who seek to avoid Titans. Numerous buildings are interconnected by doorways, sheltered walkways on the ground, and rooftops usually easily accessed by climbing or from within the buildings themselves. Snipers can dominate the rooftops and move quickly using the abundant zipline network. Titans attempting to cross through the settlement's narrow streets risk ambush from every angle, as well as two heavy turrets stationed near the outskirts. The majority of combat (for both Titans and Pilots) is likely to occur within the settlement.

In the fields, Titans reign supreme. The wide open spaces allow for easier maneuverability and long lines of sight. Unless enemy Pilots are cloaked, Titans should be able to spot approaching Pilots from a good distance away (and even if Pilots cloak, the ground they have to cover may be too much before their cloaks run out). Pilots caught in the fields can use the walls and small buildings that dot the area to hide, but should be wary of the determined Titan and occasional enemy Pilot who may be nearby. Because of their openness, the fields see combat less often than the settlement. Damaged Titans can retreat here for a moment to recover their shields, and Pilots can attempt to shake off any pursuers or circle the settlement to flank enemies. 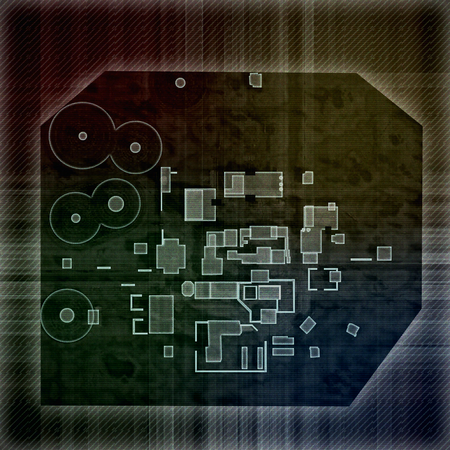