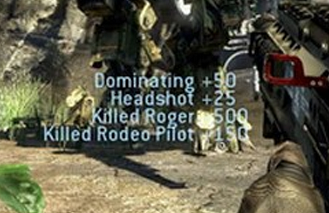 Experience is the main method of earning cards, perks, and additional benefits/unlocks in Titanfall. Earning XP is done by performing certain challenges, earning certain unlocks, or killing in a unique way. While decent XP is earned passively through regular play, Titanfall really shines when XP is hunted for, showing a system more complex than it seems at first glance.

How it Works[edit | edit source]

XP, also called EXP, is a system by which experience is awarded to players for certain actions, milestones, and events, and is used for various leveling, unlocks, and more.

XP Bonuses are experience point boosts that are granted for certain actions in Titanfall.

Certain levels grant unlocks when earned. The following is an exhaustive list of these unlocks:

Below is how much cumulative experience is needed per level, answering "how much experience do I need for level x". {